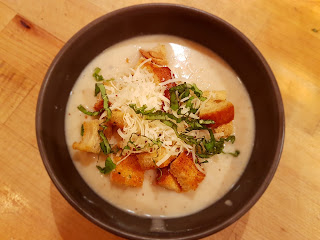 This is basically what the title says...garlic bread in a soup form! A strange concept, but all that is happening is that bread is being used as a thickening agent, instead of potato or flour. The result is a smooth, creamy, rich and garlicky soup that I accompanied with some crisp sourdough croutons and grated Parmesan.

As we are moving at the end of the month I am doing my best to use up as much food as possible, including non-perishable items, as it is that much less to pack and move. This took care of some stale bread that would have been turned into breadcrumbs and frozen, as well as the chicken stock that was open and in the freezer already.

The bread I had was sourdough, some of which I turned into croutons, and  the rest was homemade
Multigrain Bread. 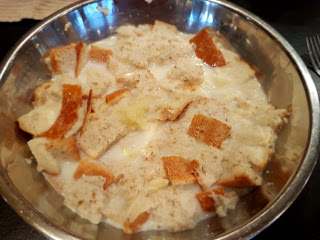 Set aside until needed. 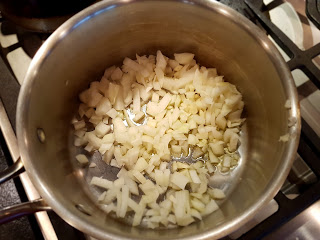 Cook until starting to soften and caramelize. 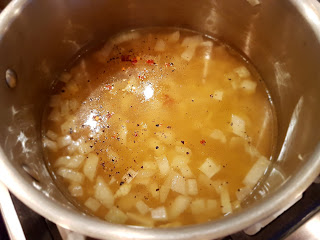 Bring to a boil, then simmer until the onions are soft. 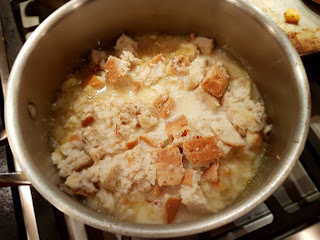 Cook over medium heat, until the bread and milk are hot, stirring often. 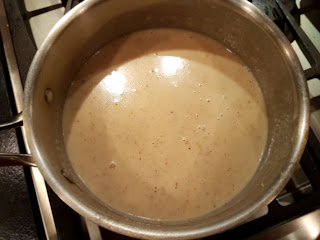 Use a hand blender to puree the soup until smooth.

Return to the heat, taste and adjust seasoning.

Adjust the consistency by adding more milk or chicken stock if needed.


Serve the soup hot, garnished with a handful of crispy croutons, a sprinkle of grated Parmesan and some chopped fresh basil. 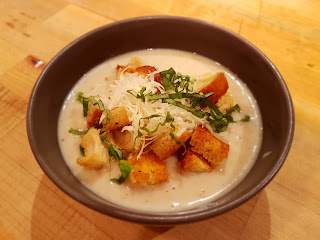 Posted by Almost Wasted at 16:25 No comments: