Sole Baked in Parchment Paper with Capers and Lemon 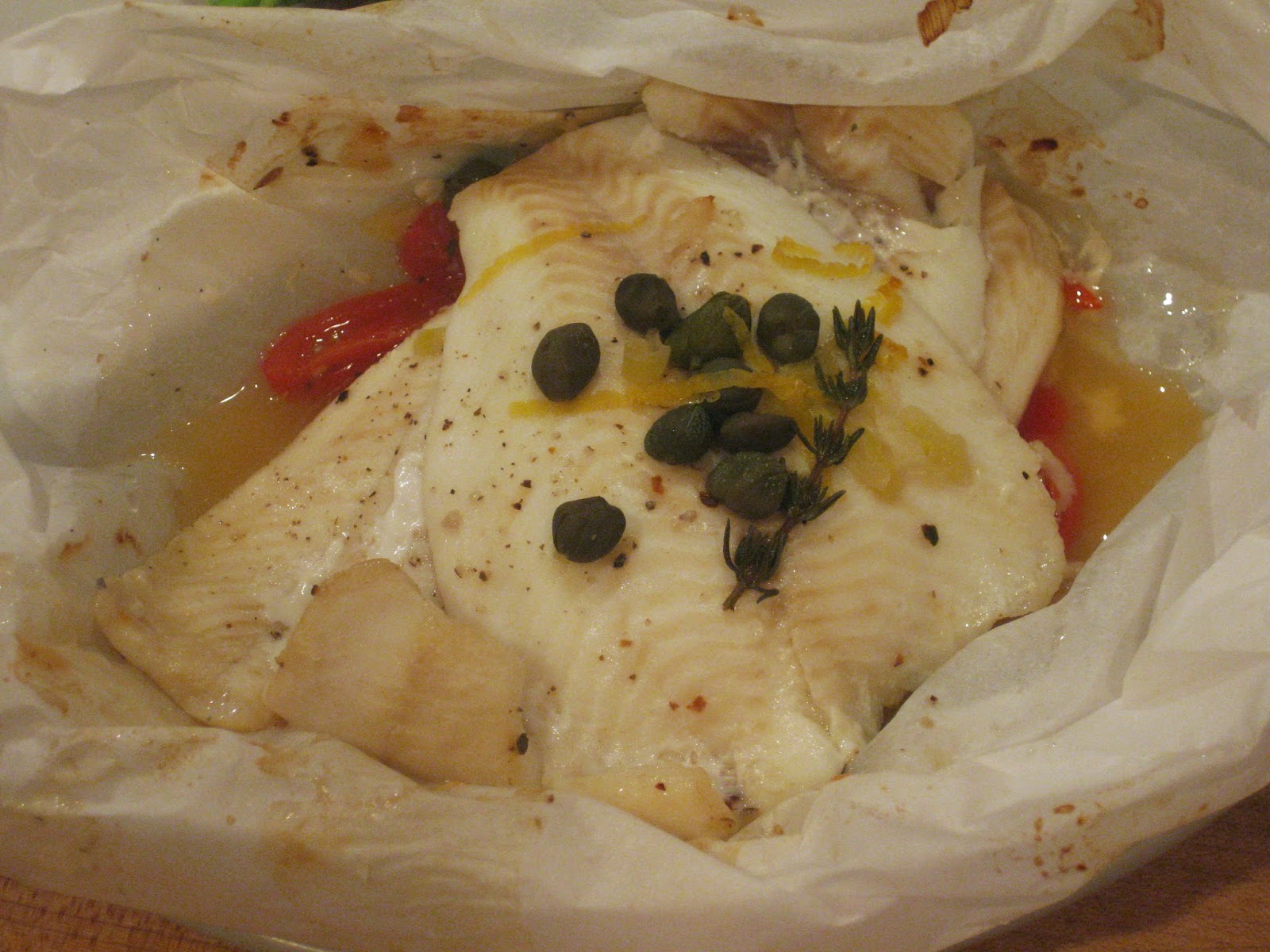 If you've never baked fish inside a package of parchment paper, and you're looking for something new to try, here's how I did it last night. The fish, vegetables and flavourings steam inside the package, and when it's opened at the table, the aroma is mouthwatering!

Each package can be personalized, according to taste, or to what you have available to use. I was using up some grape tomatoes, green onions and part of a red pepper. 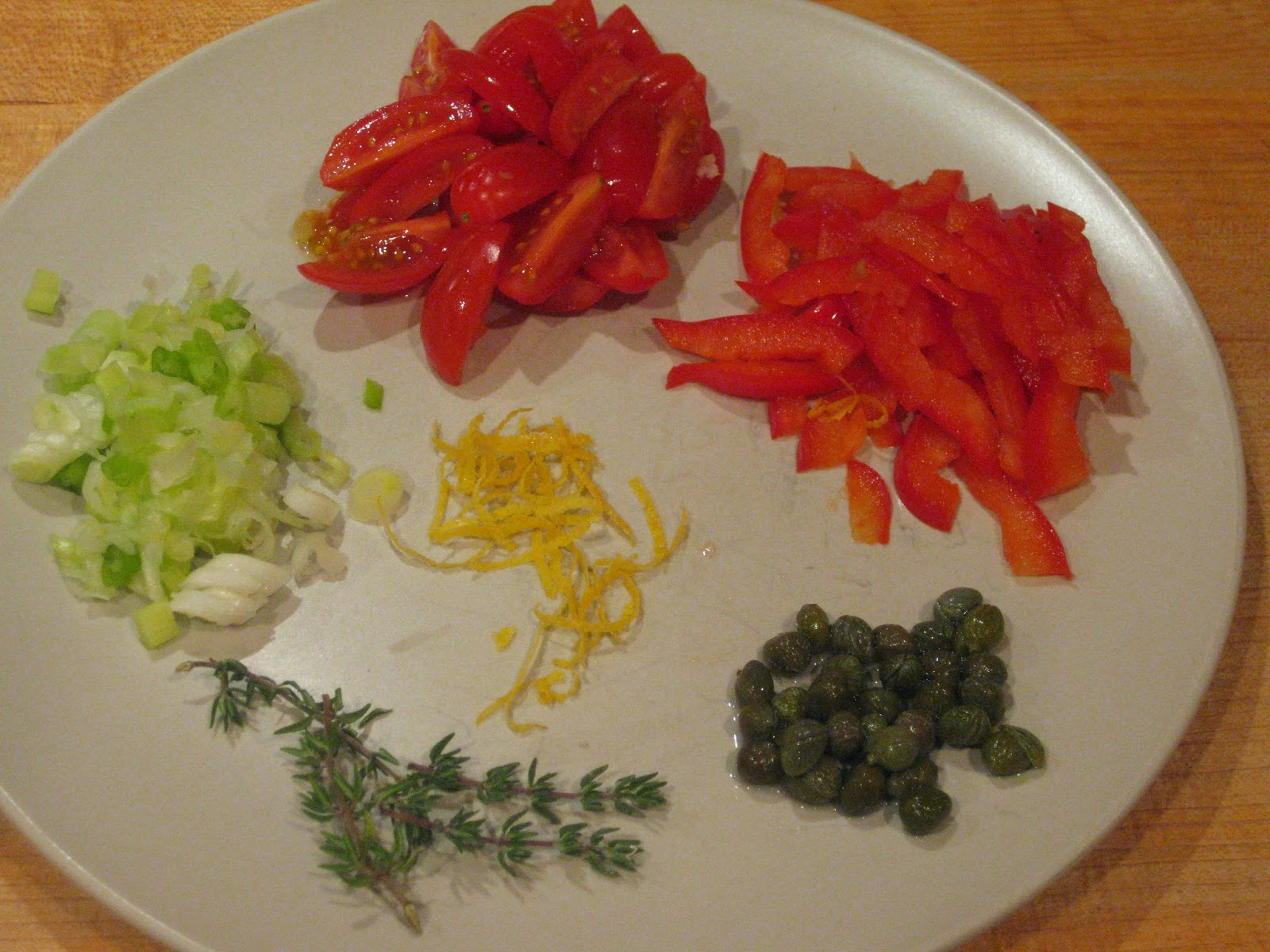 Prepare the vegetables and flavourings: 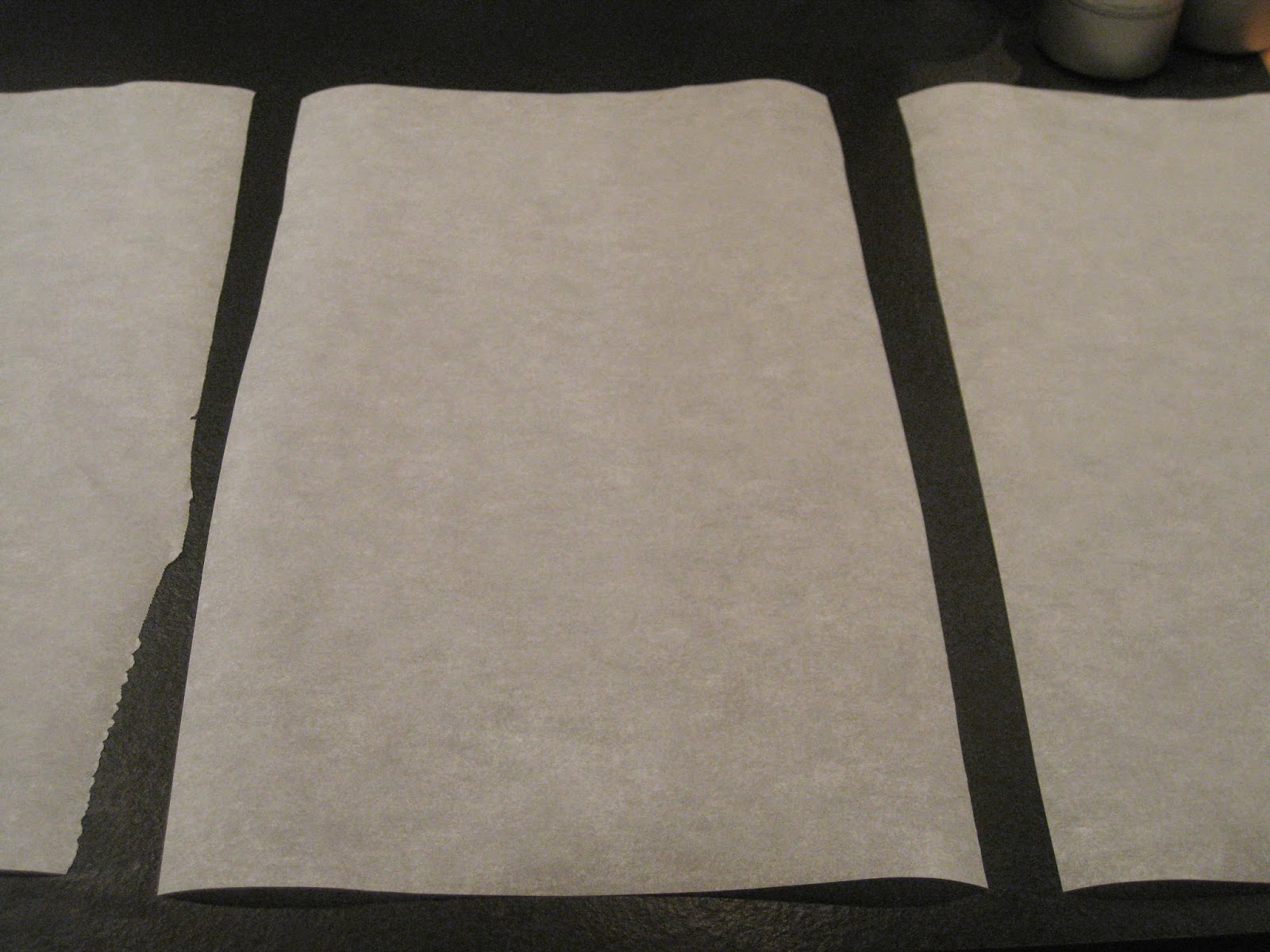 Cut 4 pieces of parchment paper, approximately 12" X 18" and lie them on the counter, with the short side facing you. 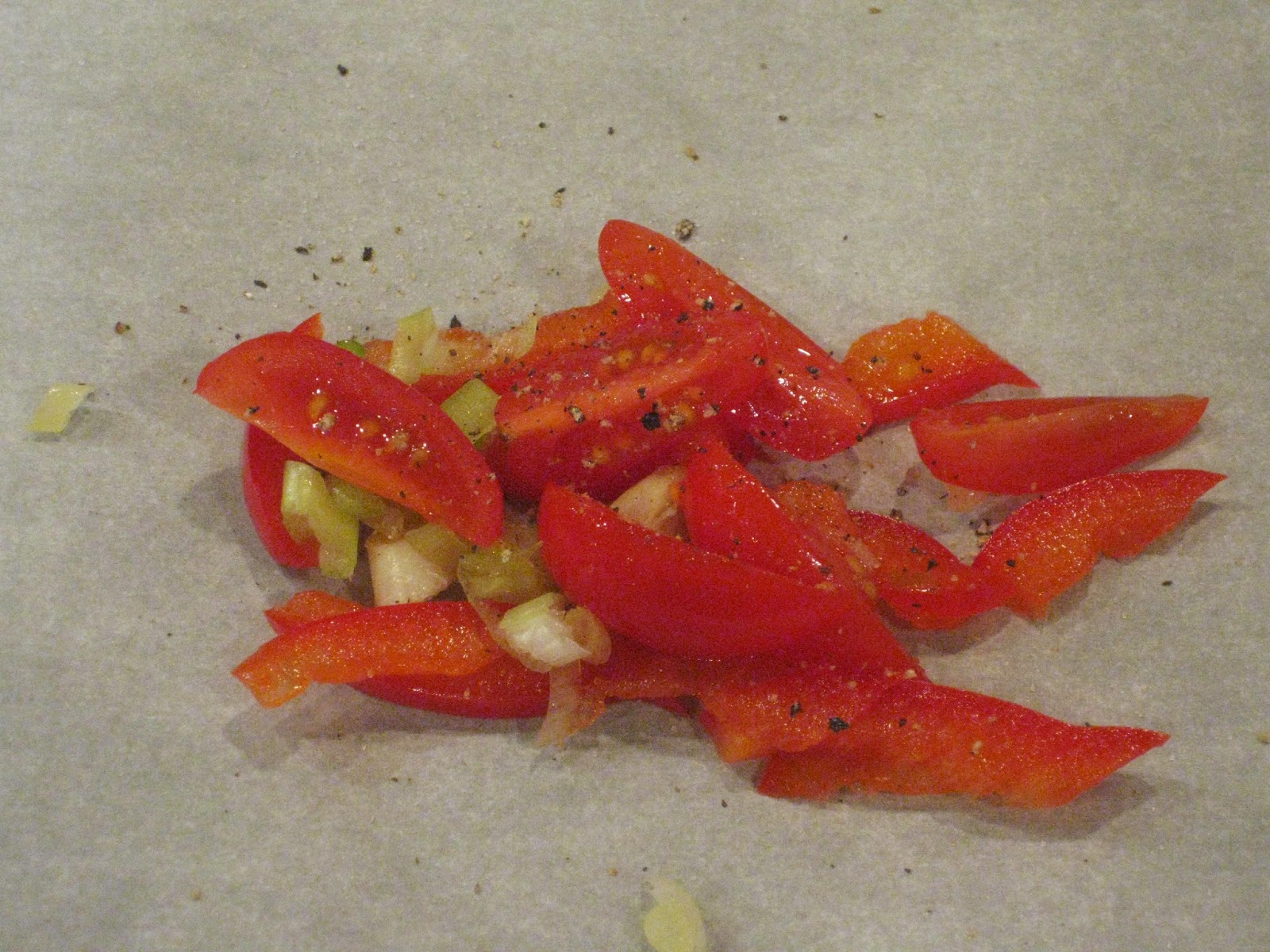 In the centre of each piece of parchment paper, place: 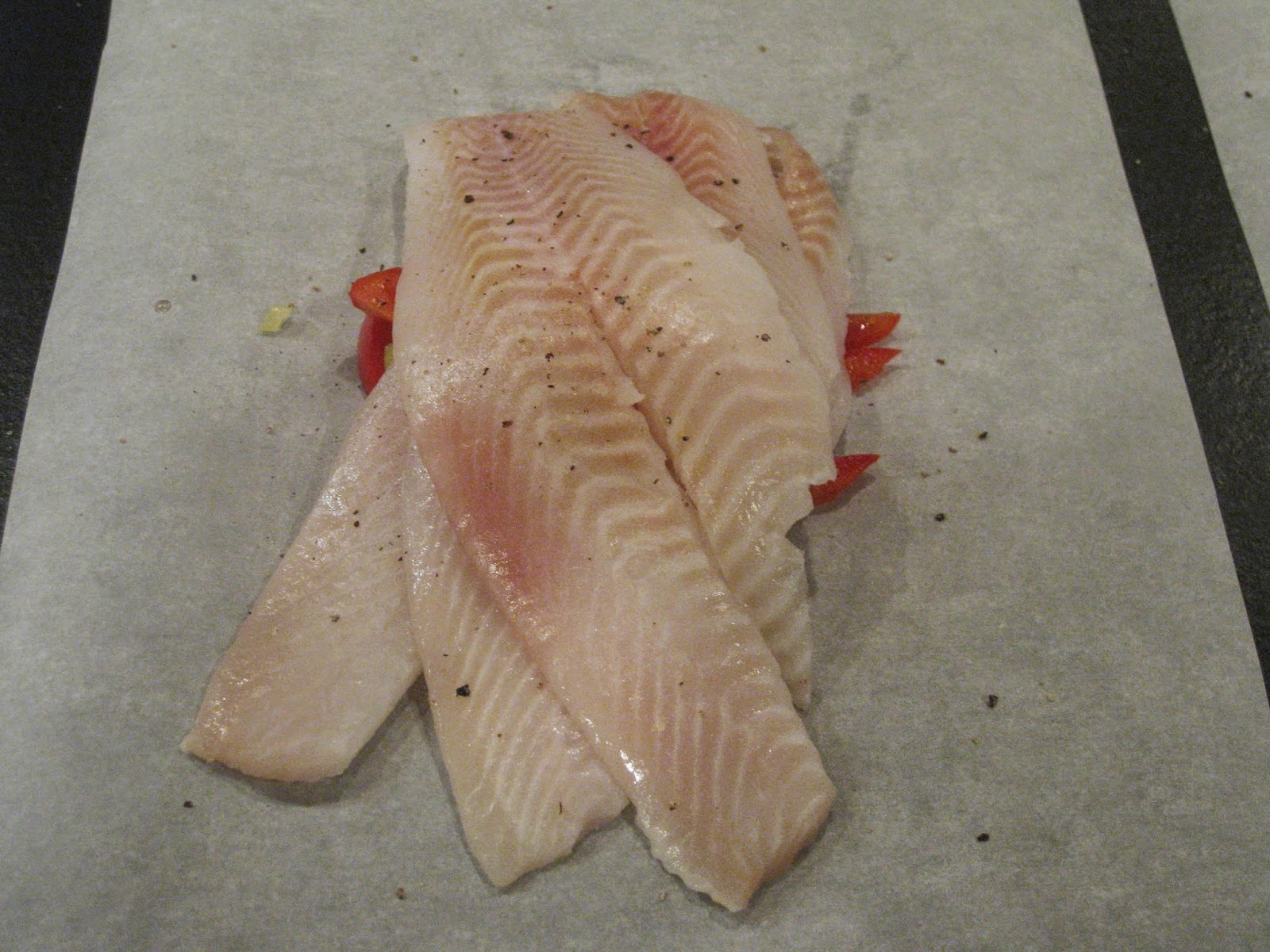 Next lay 3 pieces of sole on top of the vegetables, lightly sprinkling each piece with black pepper.

Fold the thin ends of the fish fillets under. 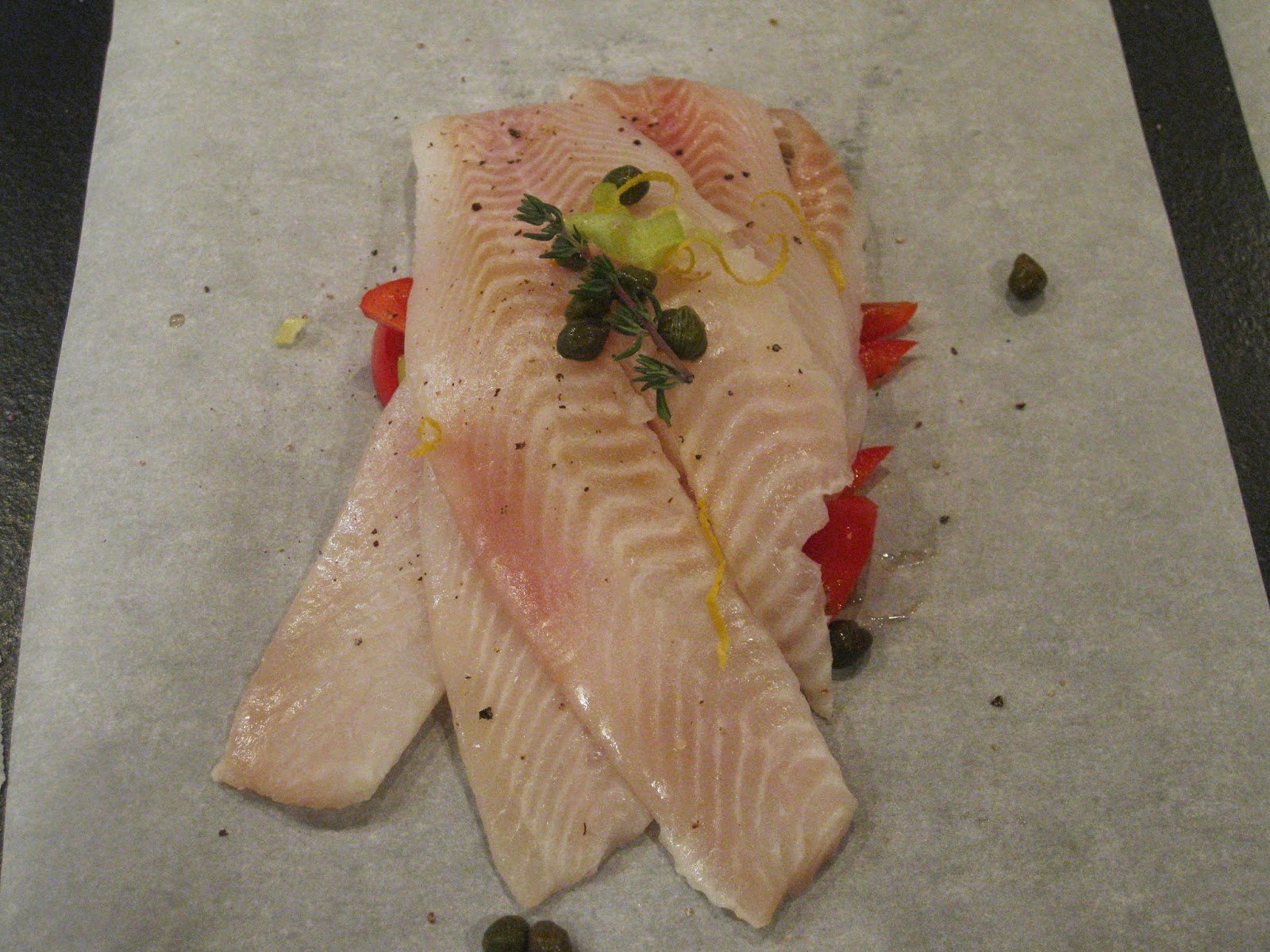 Fold the parchment to form the packages... 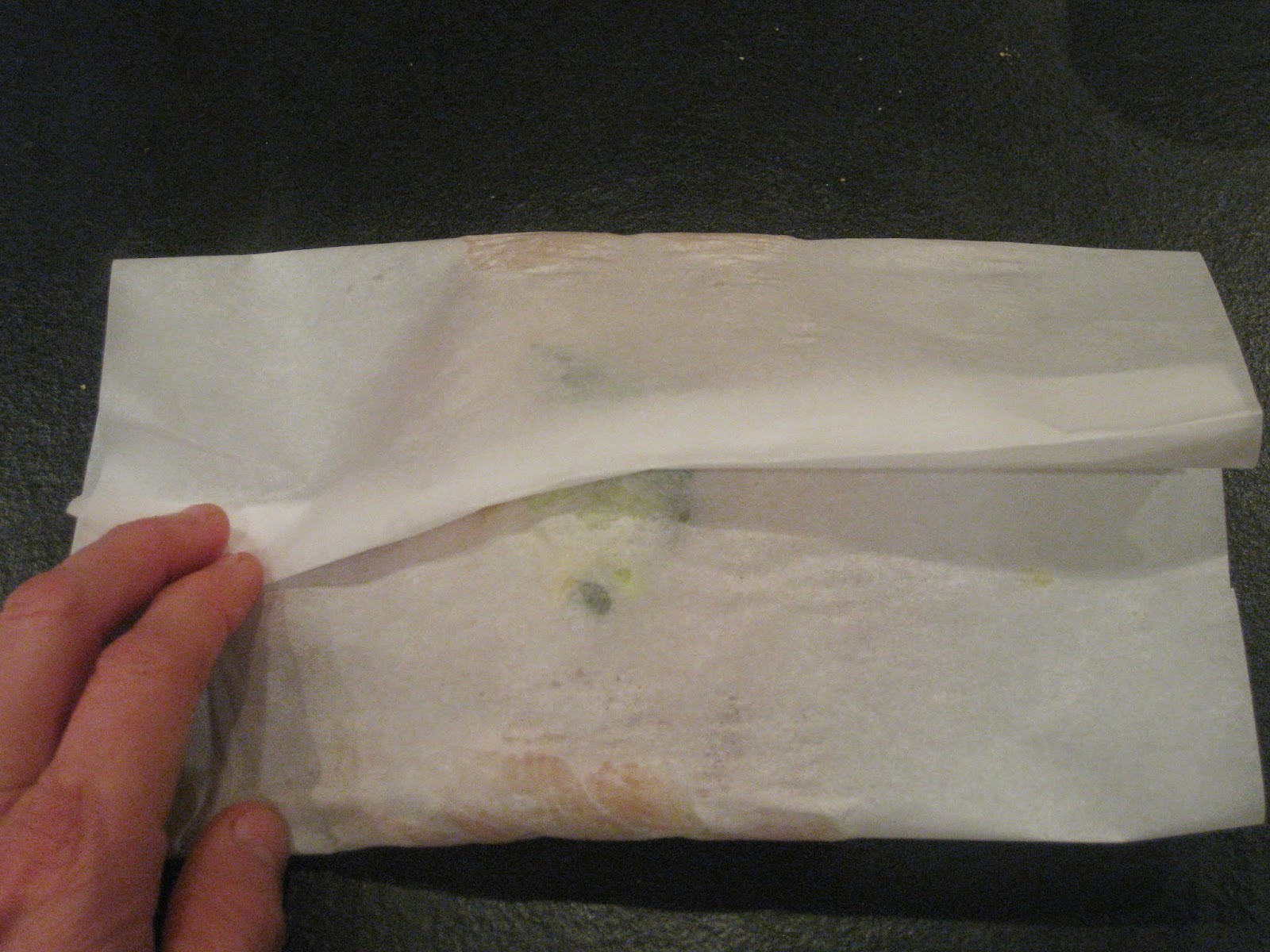 ...bring the two short ends towards the centre, and fold them over a few times until they lay flat on top of the fish... 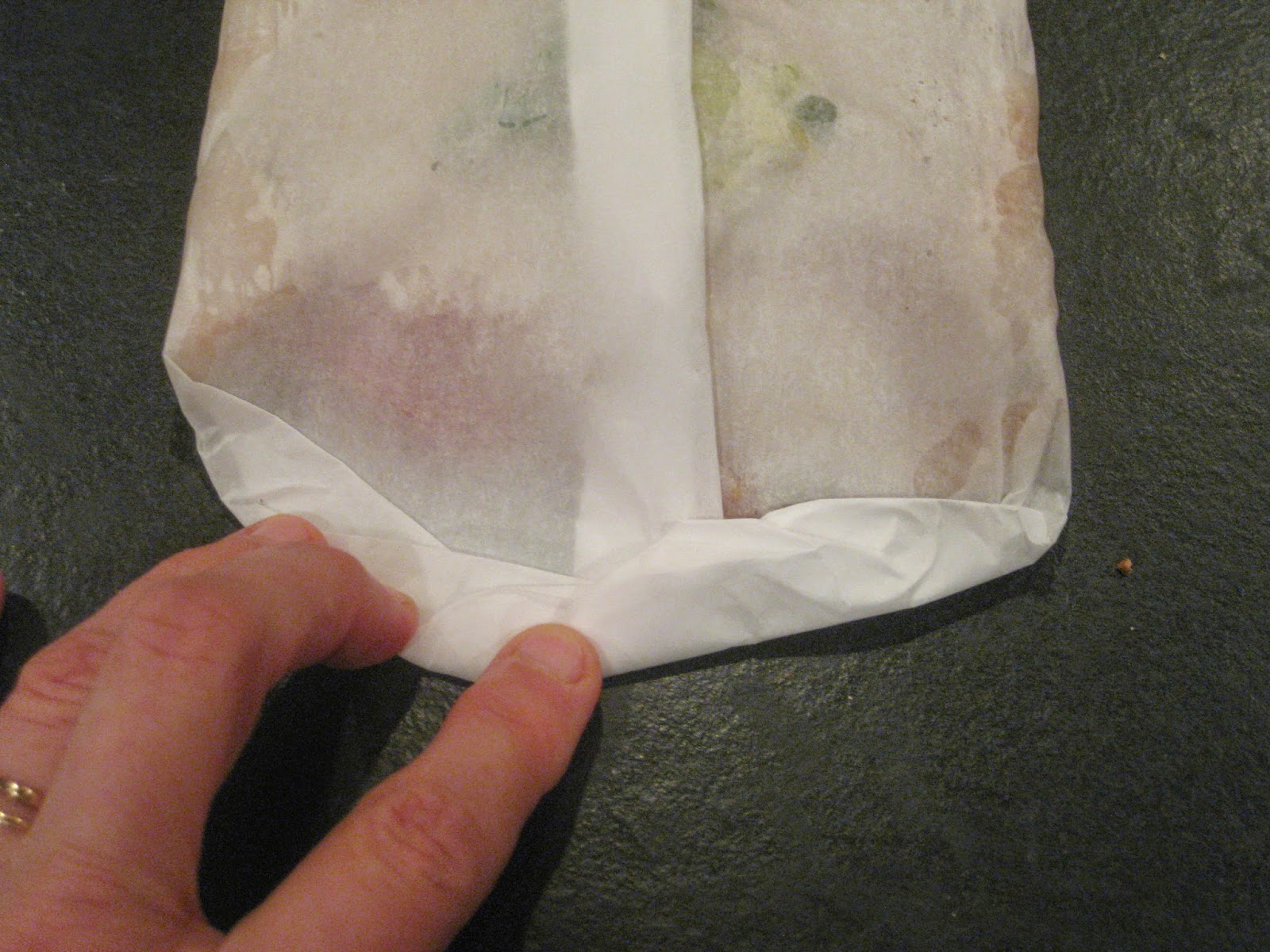 ...fold the short sides up towards the fish, as many times as you need to until they are snug against the fish... 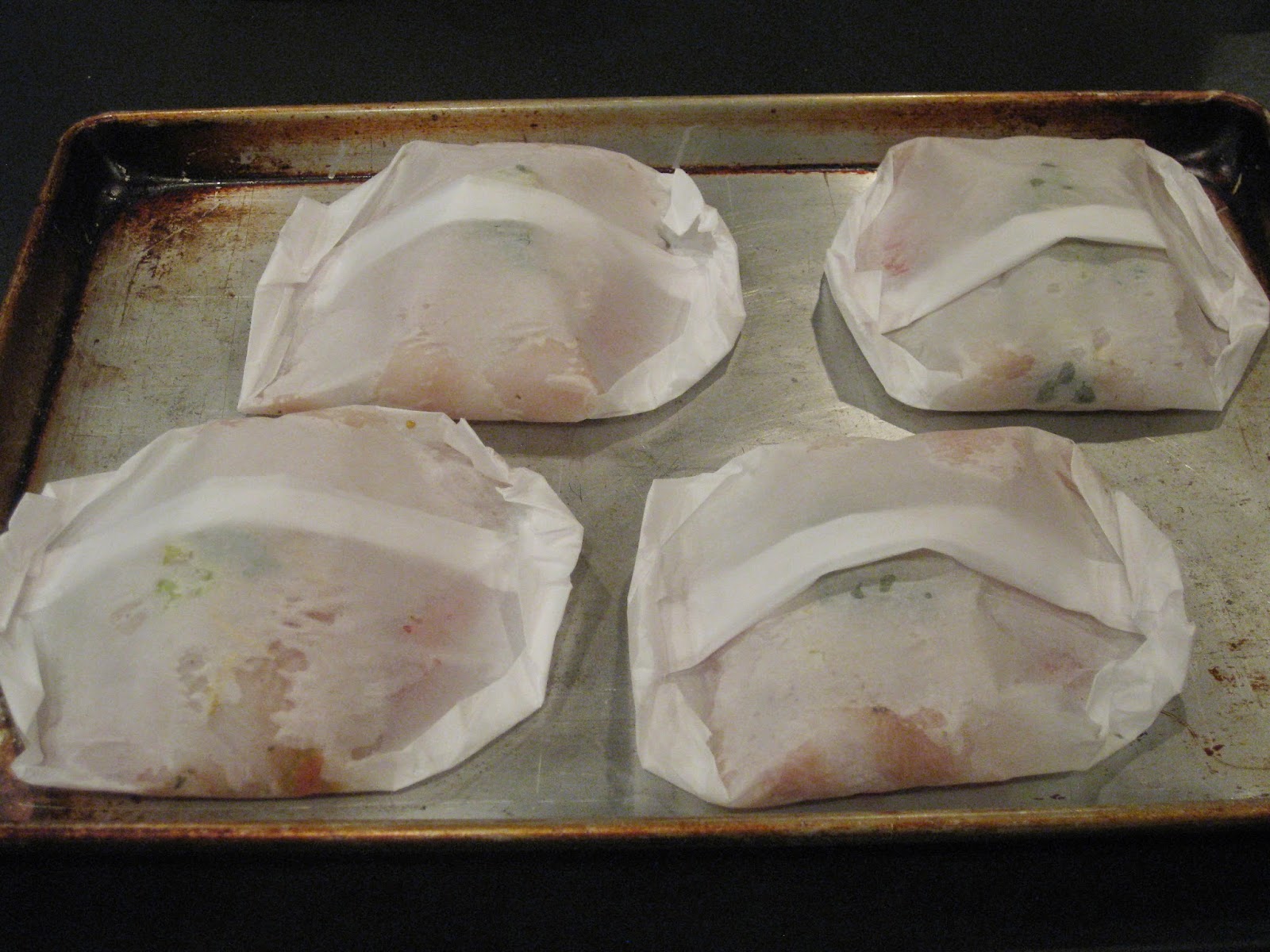 Place the packages onto a baking sheet, ready to bake. 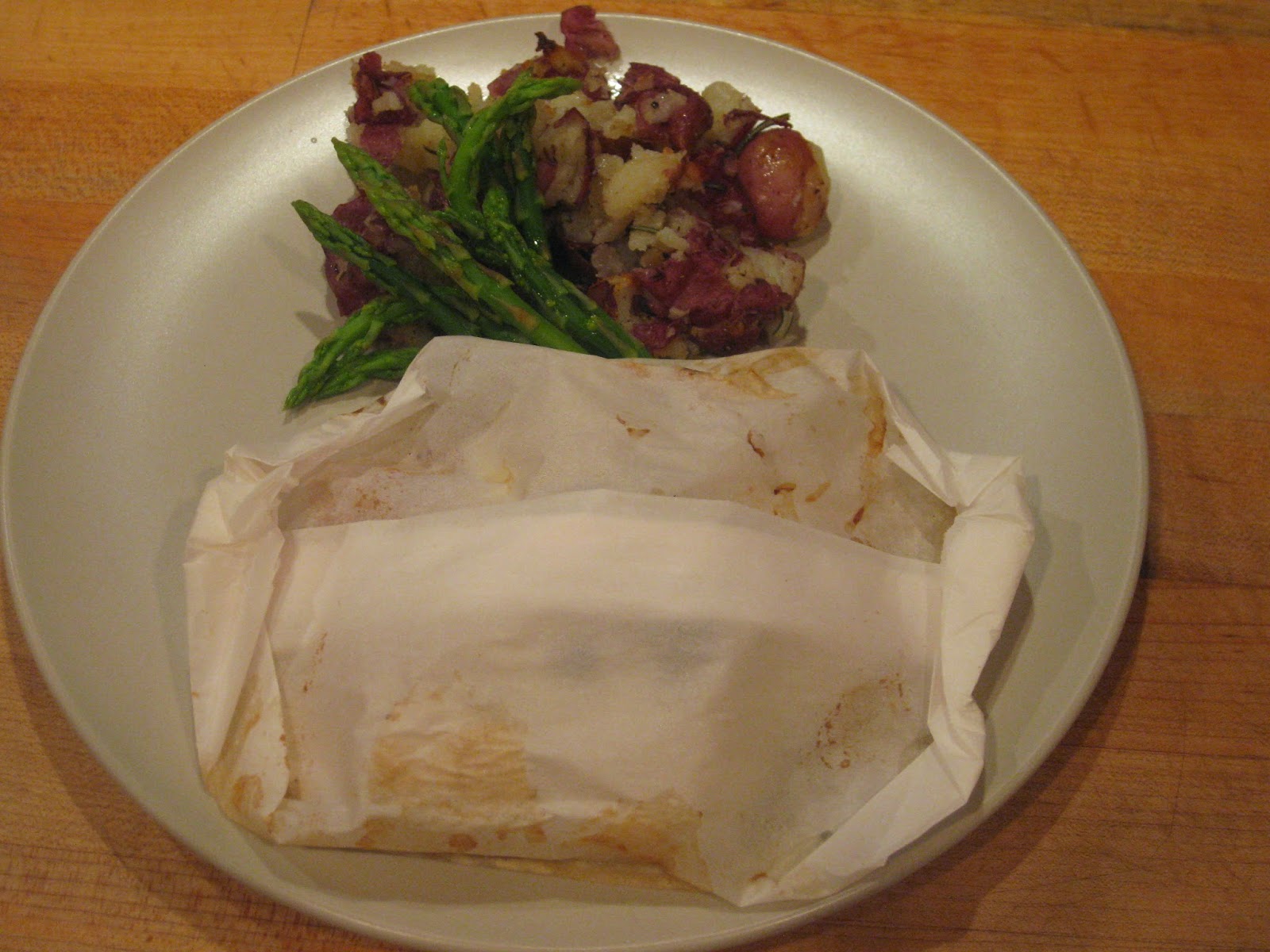 Place in the oven and bake for 25 minutes, until the parchment packages puff up and the fish is cooked through.


To serve, place each package on a plate, along with vegetables. I served roasted rosemary potatoes and fresh asparagus. Each person can open their own package; watch out for the steam!! The fish and vegetables are tender and moist, and the aroma and flavours are amazing! 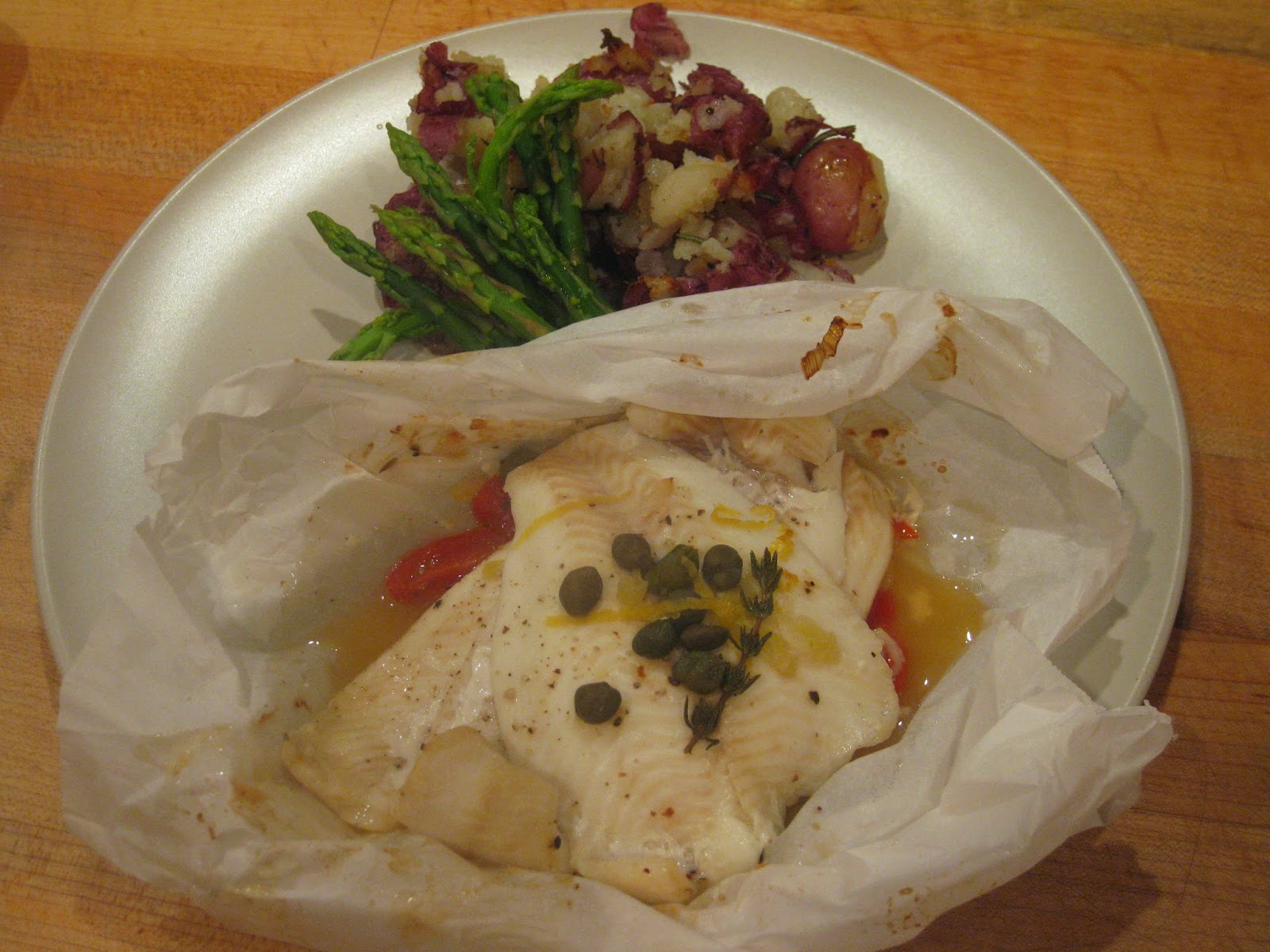